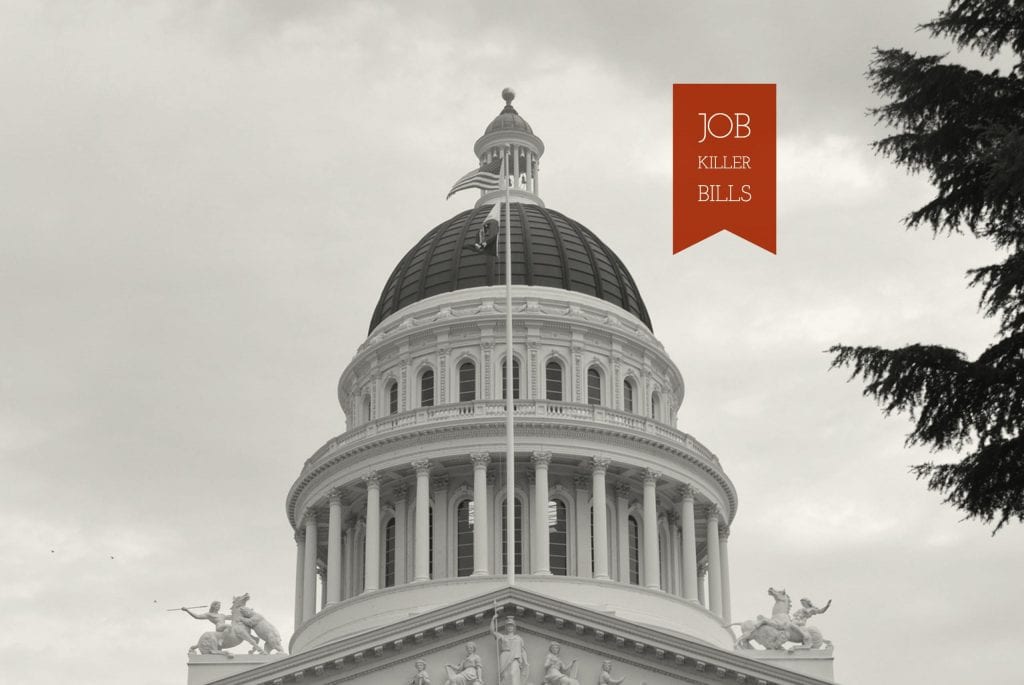 AB 5: Hampers Ability to Manage Workforce Effectively  AB 5 (Gonzalez Fletcher; D-San Diego/Kalra; D-San Jose) would require an employer with 10 or more employees to offer additional hours of work to an existing nonexempt employee before hiring an additional employee or subcontractor. It would also require an employer to post a notice of employee rights, as specified, and would require the employer to maintain certain documentation.

CalChamber has identified AB 5 as a job killer because the bill limits employers’ ability to effectively manage their workforce to address both consumer and employee requests. The bill will create unnecessary delays and burdens on small employers to accommodate employee and consumer demands, subject employers to costly fines and multiple avenues of litigation for technical violations that do not actually result in any harm to the employee, limit an employer’s ability to communicate truthful information, and reduce job opportunities for the unemployed.

SB 33: Discriminates Against Arbitration SB 33 (Dodd; D-Napa) deals with arbitration agreements. The bill applies to any contract for goods or services that requires the individual to submit all disputes to arbitration, including those arising from claims alleging fraud, identity theft, or wrongful use of personal identifying information.

CalChamber has identified SB 33 as a job killer because it discriminates against arbitration agreements made as a condition of entering into a contract for goods or services, interferes with the fundamental attributes of arbitration, and is therefore likely preempted by the Federal Arbitration Act (FAA).

SB 62: Expands Employment Litigation SB 62 (Jackson; D-Santa Barbara) will significantly expand the list of individuals for which employees can take leave under the California Family Rights Act (CFRA), creating a lack of conformity with the federal Family Medical Leave Act (FMLA), and therefore creating an opportunity for California employees to take up to 24 weeks/ 6 months of protected leave in a 12-month period. Governor Brown vetoed a similar proposal in 2015.

CalChamber has identified SB 62 as a job killer because SB 62 could increase costs and the risk of litigation for California employers.

SB 63: Expansive Leave Mandate SB 63 (Jackson; D-Santa Barbara) requires a California employer who employs as few as 20 employees within a 75-mile radius to provide 12 weeks of protected parental leave. Governor Brown vetoed a similar, but narrower proposal just last year. This proposed mandate comes on top of the current requirement that employers with only 5 employees allow up to 16 weeks of protected pregnancy-related leave.

CalChamber has identified SB 63 as a job killer because it will overwhelm small employers by adding to the existing burdens under which they already struggle.