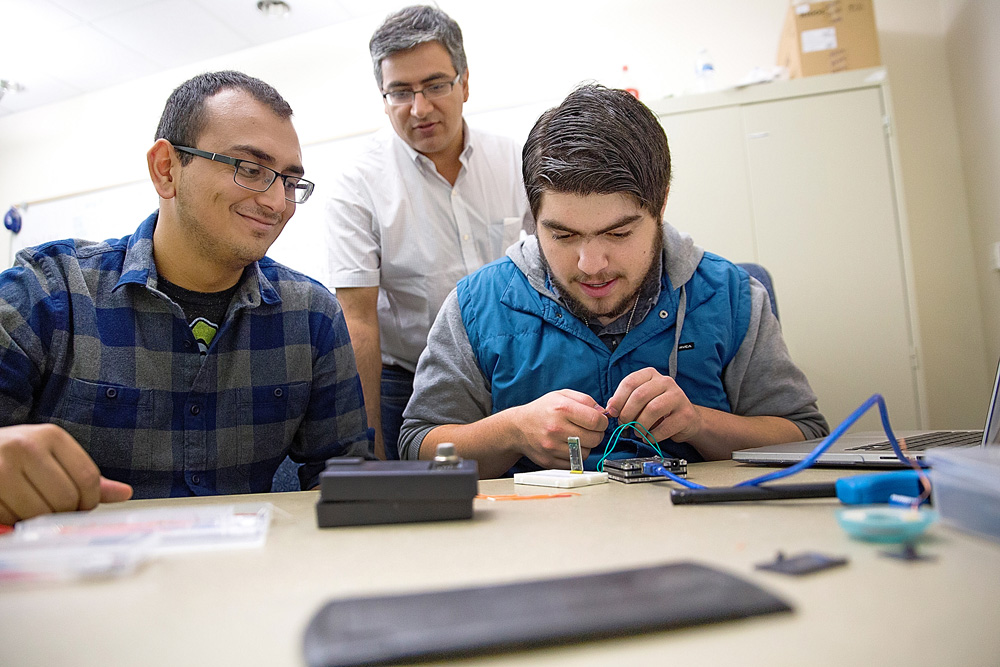 “This grant is a significant next step toward launching our engineering program,” CSUSM President Karen Haynes said at the time. “Over the next several months we will be working to secure the necessary private-sector funding that will allow us to bring the program to reality.”

CSUSM is already closer to that reality. The university is developing innovative degree programs in software and electrical engineering. Initial preparation of the program structures, curriculum, course descriptions and student learning outcomes is approaching completion, and documentation is moving forward this spring as part of the institutional approval process.

CSUSM decided to initially launch software and electrical engineering programs based on the findings of a comprehensive feasibility study commissioned by the College of Science and Mathematics. The study, conducted by the Educational Advisory Board (EAB) and supported by a grant with MiraCosta College, was structured with guidance by the CSUSM Engineering Feasibility Task Force, which included executives from ViaSat, Northrop Grumman and General Atomics, in addition to representatives from CSUSM and MiraCosta College.

These programs reflect the priority on practical experience that is consistently emphasized by the other degree programs in CSUSM’s College of Science and Mathematics. Undergraduate research, internships, summer research fellowships and other real-world learning avenues will be key components.

As College of Science and Mathematics Dean Katherine Kantardjieff says, students will learn to “think with their hands as well as their heads.”

CSUSM’s engineering program will not just benefit students, but the entire region as it helps curb the shortage of new engineers facing local high-tech employers.

One analysis showed that local employment postings for software engineering-related positions jumped more than 72 percent between July 2013 and June 2015. Postings for electrical engineers increased by more than 34 percent during the same 24-month period.

Recruiting imaginative, young engineers holds the key to competitiveness for high-tech employers. New engineers with new perspectives can collaborate with more experienced engineers to stimulate a climate of innovation that prompts ongoing business growth. And CSUSM will play an important role in aiding that growth through its engineering program. More than 80 percent of CSUSM alumni remain in the region after graduation, allowing high-tech employers to attract new hires who have a stake in their communities.

Establishing an engineering program is a bold undertaking, but dreaming big and achieving goals is nothing new to CSUSM. Founded in 1989, CSUSM has evolved from its storefront beginnings to encompass a 304-acre hillside campus with more than 15,000 students and 1 million square feet of facilities.

CSUSM continues to strengthen its mission to prepare future leaders, build great communities and solve critical issues. Engineering is the next step in fulfilling that mission.