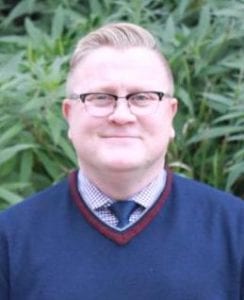 Playwright David Ives wrote a charming collection of one-act vignettes titled All in the Timing. As the title suggests, “timing is everything” in human conversation, relationships, and in life itself. It’s by more than a mere coincidence that the City of Carlsbad masterfully timed the unanimous acceptance of a staff recommendation to create a creative sector and cultural arts district in the Village and Barrio on October 12, which just happened to occur during National Arts & Humanities Month. Now that’s timing!

The City Council directed city staff to start the process of designating Carlsbad’s Village and Barrio areas as a special district promoting creativity, arts and culture. Establishing the district won’t alter any planning regulations in the area but will recognize the city’s historic center as a creative and cultural hub, furthering the goals of the city’s overall Arts & Culture Master Plan which was approved in 2018. This effort also recognizes the city’s historic center for its creative contributions and carry out the intent of the City Council’s direction by making a clear statement of the city’s support for innovation, ingenuity and the arts. 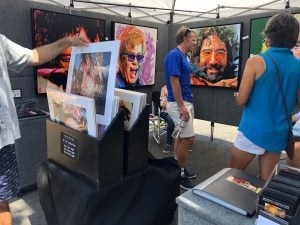 The concept was sparked by a minute motion by former District 1 Council member Cori Schumacher who suggested an arts focus on State Street. That idea prompted more dialogue amongst city staff and led to a broader, more inclusive approach. Staff’s subsequent research found that arts and cultural establishments are spread widely throughout the Village and Barrio areas, not only on State Street. Some of those sectors include culinary arts (restaurants), design, music, publishing, architecture, film and video, visual and performing arts, fashion, crafts, media, literature and computer games. When reviewing that array of businesses and organizations already housed in the area, it was clear that creativity is at the heart of so many. This realization led to that a-ha moment!

The next step was an exploration of the California Cultural Districts Program, sponsored by the California Arts Council. The program was launched in 2017 to help support the creation of 14 new arts and culture districts statewide but has been put on hold because of the pandemic. Currently three cultural districts exist in San Diego County including Balboa Park, Barrio Logan and Oceanside. Carlsbad is hoping to be the fourth!

The city’s Arts & Culture Master Plan recognizes the goal for the city to “strategize with arts allies in the business community to take a leadership role in the development of the arts and culture sector.” Launching the proposed district would also help carry out two of the plan’s four primary goals, to “promote Carlsbad as a vital cultural destination” and “Establish relationships that support a creative and thriving local arts and culture ecosystem.” The Village & Barrio Master plan is currently under revision and will incorporate new language to identify the Village and Barrio as a creative sector and arts district. Through each plan’s priorities, initiatives and ideas, the two plans have set the stage for this new designation.

By utilizing spot-on timing and igniting the momentum, the Village and Barrio now embody creativity at the heart of Carlsbad.