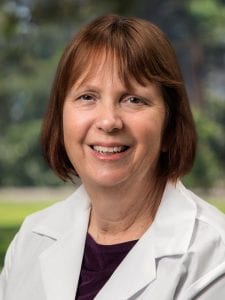 When you reach for piece of fruit or vegetable at the grocery store, you may notice a small sticker on the skin with numbers. The number is called a PLU code, or a price-lookup code. You may be surprised by what that produce sticker reveals.

PLU codes have been used by supermarkets since 1990 to help checkers identify fruits and vegetables so they can charge the correct price and maintain better inventory control. But the sticker is not just for checkout.

The four- or five-digit numbers identify the produce, indicating size, growing method, type of food (apple or orange for instance) and variety (such as a Honeycrisp or Golden Delicious apple).

The voluntary labels tell you whether you are purchasing organic or conventionally grown produce. 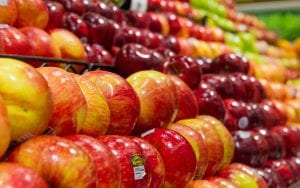 Produce labels can give us information about your vegetables and fruits.

Organic vs. conventional, what’s the difference?

Organic farming uses compost and manure instead of chemical fertilizers. It uses insects and birds, and/or traps instead of synthetic pesticides. Crop rotation, mulching and hand weeding replace synthetic herbicides. Organic produce is usually grown without genetic engineering or modification.

“Food labels can tell you a lot about what you’re eating and help you make well-informed food choices for you and your family,” says Vikki Lane, MD, an internal medicine physician at Scripps Clinic Carmel Valley.

Produce can be called organic if it’s certified to have grown on soil that had no synthetic fertilizers and pesticides applied for three years prior to harvest, according to the federal Department of Agriculture (USDA).

If you’re shopping on a budget, organic foods tend to be more expensive, due largely to limited supplies and additional labor and other costs to produce. You have options when buying conventionally grown produce, however. Just check which products have the lowest pesticide residue.

The nonprofit Environmental Working Group (EWG) releases the annual Shopper’s Guide to Pesticides in Produce, which lists fruits and vegetables with the highest and lowest pesticide residues.

Genetically modified organisms or GMO produce are in a different category than organic and conventional produce. They’ve been the source of debate since they were introduced in the 1990s.

GMO foods are genetically engineered in a lab to have certain characteristics. This may include resistance to certain pests and molds, a different color than the original plant, faster growing times, larger fruit or even have higher values of certain vitamins. Many GMO crops grown in the United States are genetically engineered to be resistant to chemical pesticides.

GMO fruits and vegetables were once assigned a five-digit PLU code number that started with the number 8. But the 8 prefix was dropped in 2015 as the GMO designation, and it was never used in retail. The International Federation for Produce Standards (IFPS), which assigns the voluntary PLU codes, says it plans to use the 8 prefix in the future for non-GMO produce.

The genetic manipulation of some foods has raised concerns about whether genetically engineered foods are as safe to eat as conventionally grown foods. The topic is still hotly debated even as there is no clear scientific evidence that GMOs are harmful to your health. The World Health Organization considers GMOs on the international market safe for consumption. The American Medical Association supports pre-market assessment of GMO food safety, but not mandatory GMO food labels.

Consumer demand for greater transparency in food labeling continues. In 2018, the USDA announced mandatory labeling for many foods made with GMO ingredients. They will be labeled as “bioengineered.” The deadline to comply with the National Bioengineered Food Disclosure Standard is Jan. 1, 2022.

The more transparency we have in food labels the better,” says Dr. Lane. “With so many choices, understanding what labels mean can help clarify our food choices.”

To Your Health is brought to you by the physicians and staff of Scripps. For more information, please visit www.scripps.org