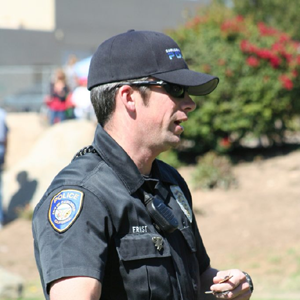 Empowering to save lives 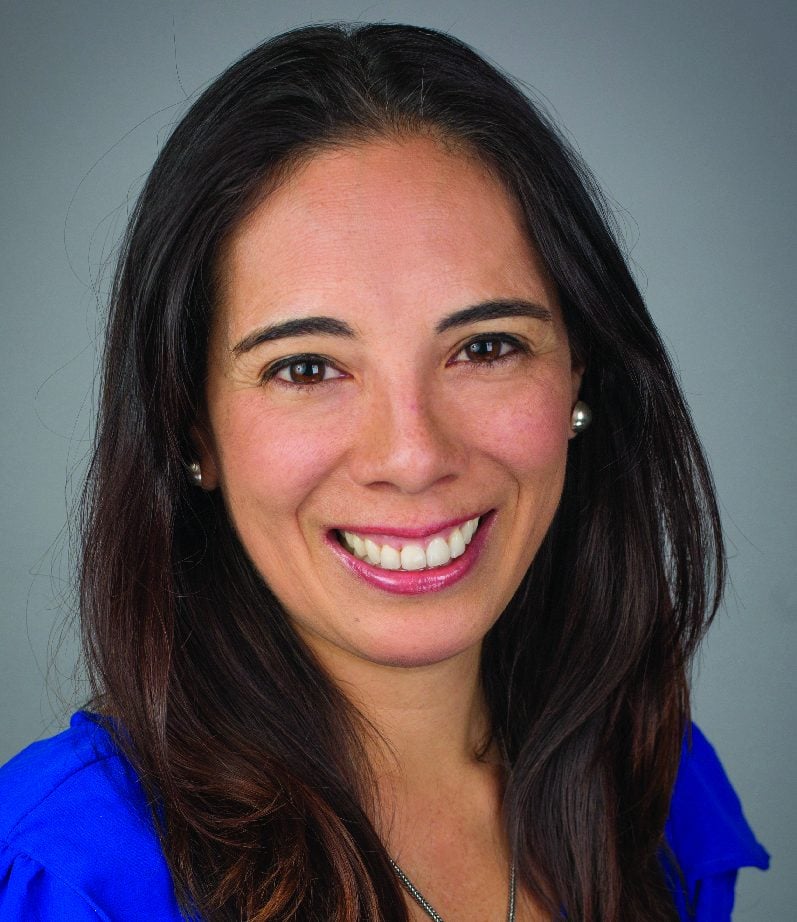 On October 1, 2017, Vice President of Facilities and Security at Viasat, Bob Rota, was attending the Route 91 Harvest music festival in Las Vegas with his wife. “We really enjoy country western concerts and festivals such as this one,” says Rota, who at the time, had no idea he would be a survivor of the deadliest mass shooting committed by an individual in the history of the United States. It was around 10 p.m. when the first shots were fired as the closing act, Jason Aldean was 30 minutes into his performance. “I actually heard the first shots trying to hit the fuel tanks. There were several shots, but not rapid fire. They were pretty faint, and although I looked around, nobody seemed to be reacting or paying attention, so I passed them off as something in the distance,” remembers Rota. However, it didn’t take long for him to realize the dire significance of what was happening. “I think there were two separate realizations to the magnitude. The first was when Jason Al Dean stopped playing and ran off the stage, and there was total panic as the sounds of automatic gunfire, screams, and people running in every direction. The second realization was as I sat in the basement cafeteria of the Luxor Hotel with about 200 others watching CNN until the all clear was given at 4:15 a.m. We watched CNN as the body and injury count continued to rise well over what anyone expected.”

But Rota was not the only one in our community to go through this horrific experience. “I was in Las Vegas attending the concert festival with my wife and a few friends,” says Carlsbad Police Department Sergeant Mike Ernst. “We had been to the Route 91 concert the previous year and had a great time and were much looking forward to attending again,” he remembers. Even as a law enforcement agent, Sgt. Ernst also experienced the confusion typical in these types of incidents. “At first, I didn’t realize they were gunfire. I thought it may have been fireworks associated with some sort of prank or worst-case scenario (at the time) that it was some type of shooting incident on the strip. The furthest from my mind at the time was that someone was shooting into the crowd.” Just like Rota, Sgt. Ernst’s understanding of the horrendous reality of the tragedy became clear when Jason Aldean stopped playing and ran off the stage. “Our entire focus went towards what was happening and I started to see what was happening. A couple people in front of our seats had been shot and there was a woman climbing up into our area that had been shot in the torso that was bleeding heavily. The gunfire and the presence of wounded people was what really provided shape to what was occurring.”

While Rota anxiously waited for news about his wife, who had just gone to the bathroom right before the shooting without her cellphone (left in Rota’s backpack), Sgt. Ernst training kicked in going from survivor to first responder, trying to help people once the shooting stopped. “There were so many people that had been shot, unfortunately many of them fatally, that you just try to help someone. During the first minutes after the shooting had stopped there were no police or fire inside the venue so I (along with a lot of other people) started to do what we could to help people.”

Training can save lives

On March 13, these two stories of survival and resilience will come together as Viasat will host the Ready Carlsbad Business Alliance’s Stop The Bleed and Active Shooter Training Symposium. “Minutes count when it comes to bleeding. People can die in as little as 5-10 minutes,” says Melinda Case who is involved with the Trauma Research and Education Foundation (TREF). “Bleeding control, keeping blood inside the body is a very important step in helping to save lives in people with bleeding that we can see. People without medical experience can help to stop bleeding by learning a few basic steps to help keep blood inside our bodies.” These basics steps will be taught during the symposium, where attendees will get a chance to practice proper bandaging and tourniquets. 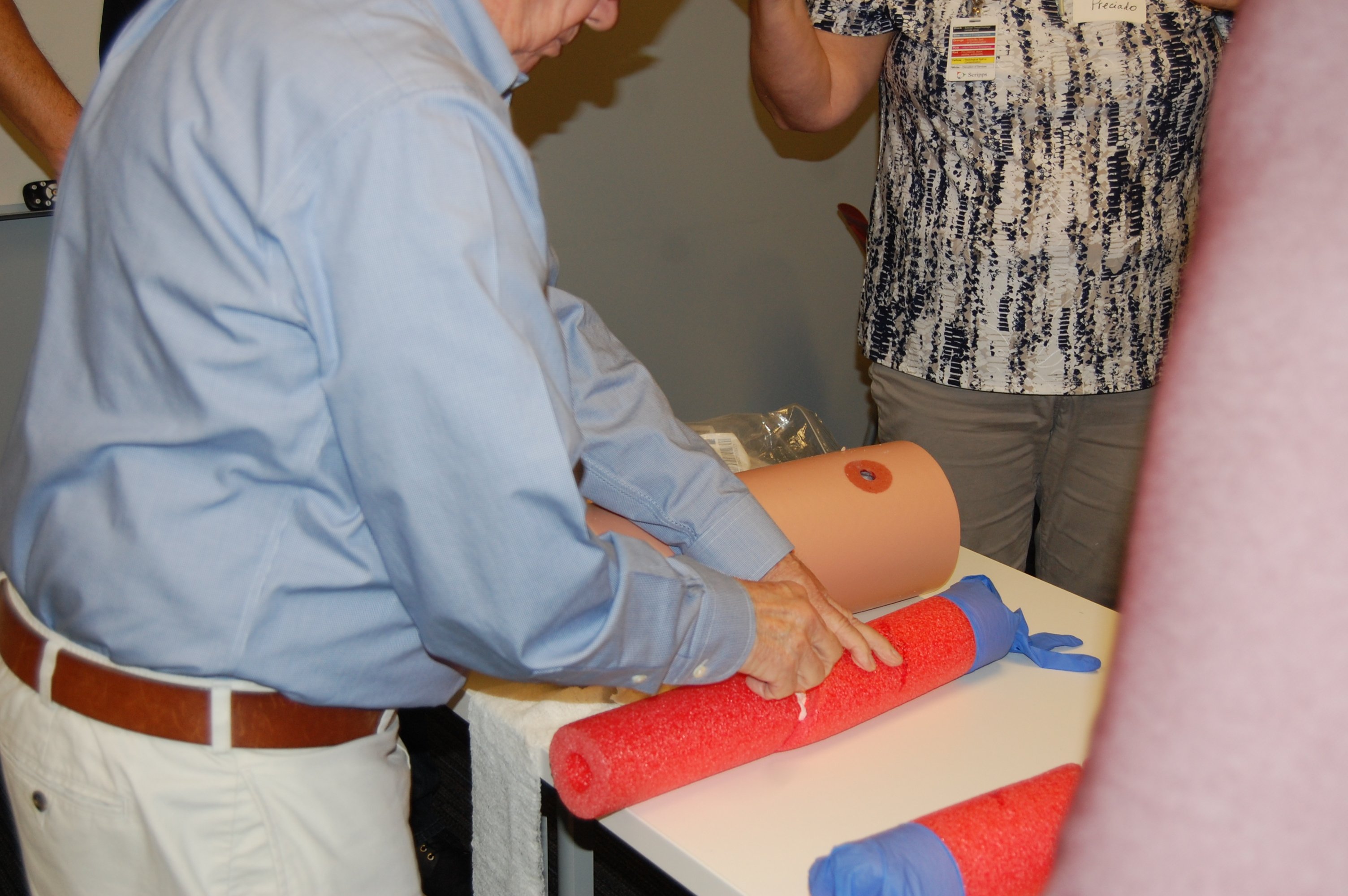 “Minutes count when it comes to bleeding. People can die in as little as 5-10 minutes,” says Melinda Case who is involved with the Trauma Research and Education Foundation (TREF).

Another component of the symposium will be active shooter training and Run/Hide/Fight, which will be taught by Sgt. Ernst. “I think the experience has really allowed myself and others who were there to bring another level of credibility to our training. Additionally, I have been able to provide active shooter training to the public as well as other law enforcement agencies. You can teach certain principles and hope your students absorb the material, but when you weave personal experience into any lesson, I feel like it has a greater impact.”

This comprehensive event will also touch on how psychological preparedness and its tools can help a bystander deal with a mass casualty incident. “An equipt bystander will be better able to step outside their comfort zone to provide efficient measures for safety and survival, says Dr. S Sara G. Gilman, PsyD, LMFT, co-founder of Coherence Associates. “Having a few tools to be able to show empathy to a victim while making sure the focus is on immediate safety will contribute to a better outcome.” She will also address the challenges bystanders and survivors may face in the aftermath of a mass casualty incident. She says the workshop will explore what can happen, how to recover and when  to ask for help and support. “Following involvement in an incident such as a mass casualty, many people experience what I call, ‘emotional whiplash’ where they may have a variety of emotional and physical responses they don’t understand and can seem overwhelming. Sleep disruption, daily exhaustion, nightmares, feeling withdrawn, guilt, constantly feeling thirsty, irritability, and a sense of overall hyper-awareness are some of the typical responses.”

Sgt. Ernst can perfectly relate to the feelings and emotions Dr. Gilman talks about. “It was troubling at first because I felt like I didn’t do anything. I was on the venue grounds for almost 40 minutes after the shooting stopped and I can honestly say I did not save one person. I spent almost 40 minutes running around from dead body to dead body that I didn’t even realize everyone that was left inside the concert was dead. The days and weeks of reporting of the incident were filled with heroic stories of people doing incredible things and I felt like I had failed in some fashion. It took a few months of debriefings, therapy and talking with peers to fully come to grips with the incident.”

The symposium has also invited FBI North County SSA Brady Finta, to discuss the role of the FBI during a mass casualty incident.

While Rota was able to reunite with his wife, he says the impact the Las Vegas mass shooting has taken on his life and work has been significant. “Now, every time we go to a public venue, she keeps her phone on her, and I am very attentive to exactly where she is going if/when we do split up, and we designate a meeting spot if we lose communication. As far as work, I was already deeply involved in our Threat Management Team, and I truly believe what we have discussed repeatedly with active shooter scenarios and training prepared me to at least think a little differently when the shooting started.” For Rota, hosting this event at Viasat just fit perfectly with their emergency preparedness culture. “Our employees are our greatest asset, so when it comes to protecting employees I/we have always made decisions as if we were making them ‘the morning after.’ In other words, we deploy the right resources to potential threat situations with a mindset that the threat is real. I think now more than ever I embrace this concept after seeing first-hand the devastation that one person has the ability to inflict. I also promote extending awareness to your significant others and family, not just co-workers, given the possibility an incident may occur when you least expect it… outside the workplace.” 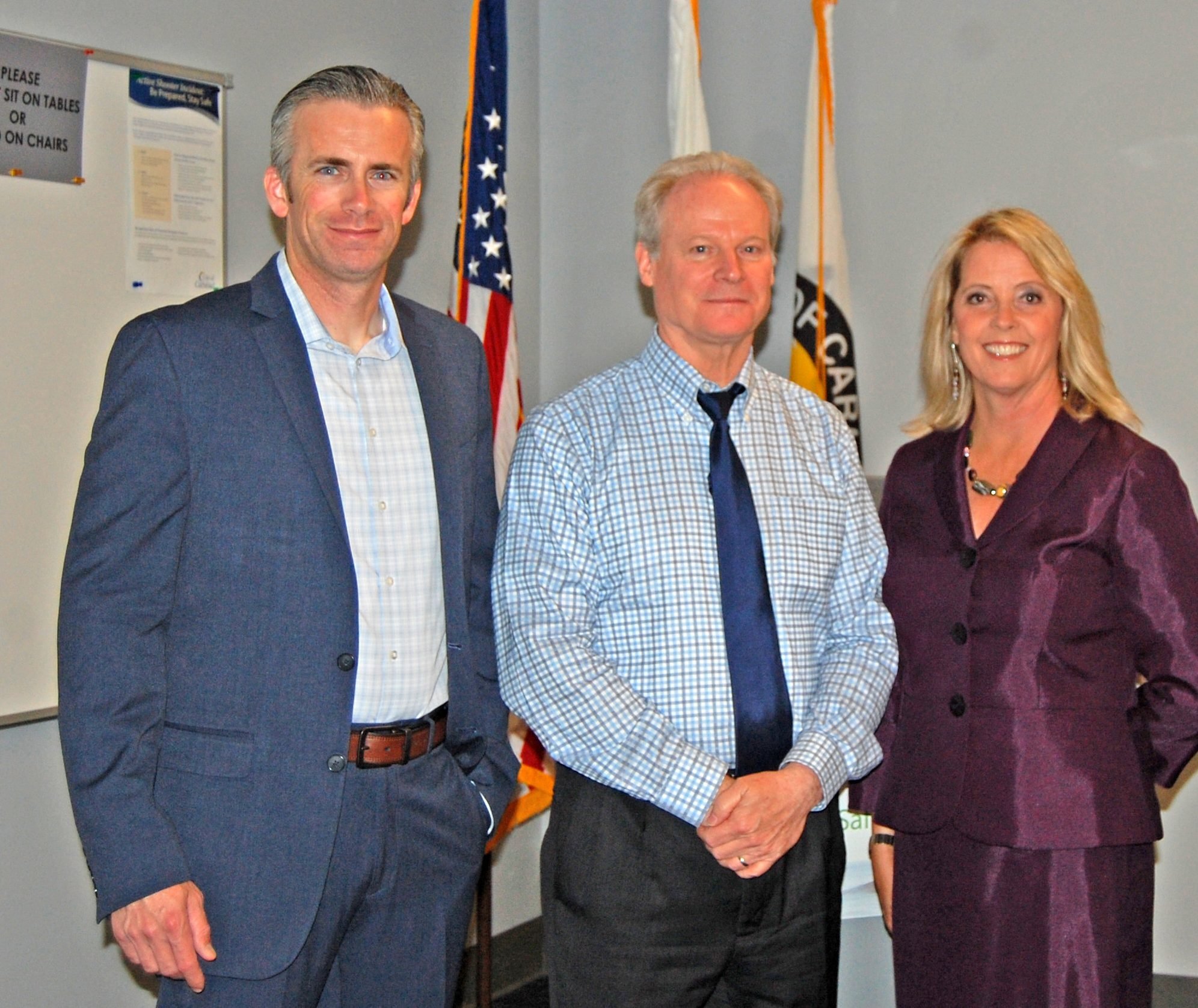 As for Sgt. Ernst, he is emphatic when talking about the importance of this type of training and is very eager to share the lessons he has learned both through his own training, and now, his own personal experience. “I feel this training is important because the public are the true first responders. During the first few seconds or minutes first responders are likely not going to be there. So, whatever the public can do to help themselves and others is simply a force multiplier for law enforcement. If they begin to think about the principles of Run, Hide, Fight and how they can apply them before the shooting starts, it makes them exponentially more prepared to deal with the incident. The material is somewhat frightening when you talk about the statistics of these types of events, but I feel that after every presentation that some or most of them feel empowered. That these incidents are not completely out of their control. They’re simply not waiting to die. That empowerment is the key to survival.”