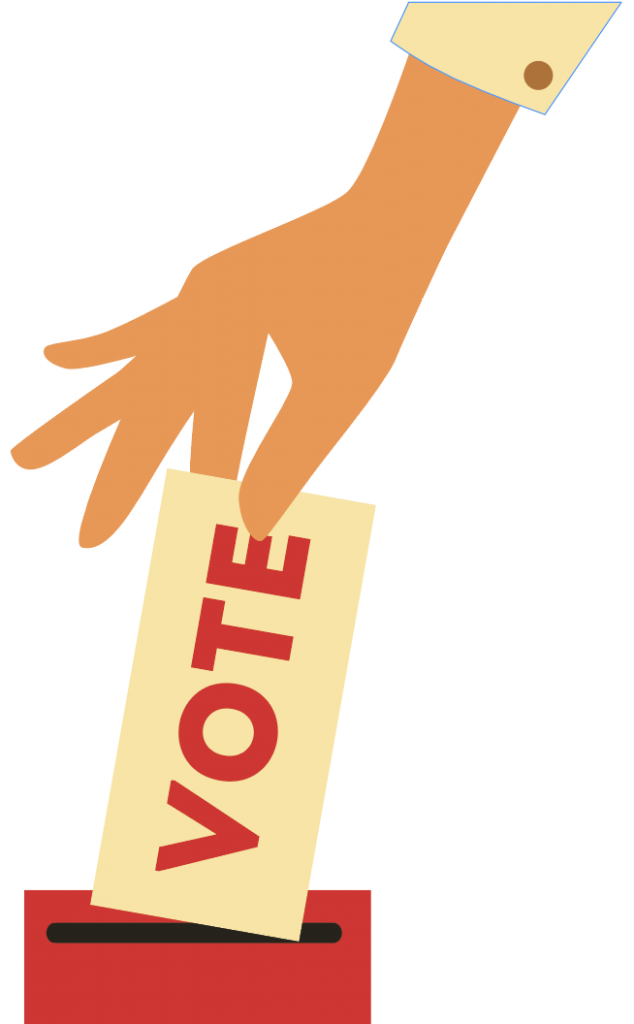 The midterm elections are only one month away. As candidates prepare for the final stretch, voters will be watching closely to see if their campaign messages are addressing the needs of the constituents. For Carlsbad Chamber members, the top priorities can look a little bit different than the ones portrayed in the national media. In Carlsbad, the issues that matter become even more unique, as the city will be having its first district elections in which residents will be voting for a mayor as well as for two new city council members.

We reached out to our members to learn firsthand what are the issues candidates should be talking about in order to get their votes. We also asked them about the races that are more significant to them. One of those members is Larry Dahl, owner of Larry Dahl Chiropractic, who is also a Carlsbad resident. Dahl mentioned the environment as one issue that should be addressed by elected officials.  “It boils down to quality of life.  I think a conscience about recycling, renewable energy and preserving the climate is an important human value.” As a coastal city, the environment is a recurrent theme in Carlsbad’s local policy discussions. While it shouldn’t be a surprise that in a state like California 14.65% of our members surveyed agreed that protecting the environment is important, this issue wasn’t even close to what, based on the survey, most people considered the top three priorities: high taxes, affordable housing and immigration.

Catherine Magaña, Carlsbad Chamber Board Member and Chair of the Government Affairs Committee.

To give us some perspective on these results, we reached out to Carlsbad Chamber Board Member and Chair of the Government Affairs Committee, Catherine Magaña. Magaña meets with Government Affairs Committee members once a month to discuss policy and legislative issues that may affect the business community. The meetings help her learn and get closer to the members’ concerns. This year, taxes were brought up several times.  “High taxes are a real detriment. It’s getting harder to get businesses to come to this state and then stay here,” said Magaña, who also understands that high taxes go hand in hand with another major priority for members this year, affordable housing. “The high cost of housing is a problem for businesses too. They have a harder time getting people from other states to move here. It’s also a big problem with trying to keep our children close by, because they can’t afford to buy a home here. We are also losing businesses to other lower tax states.”

Survey results put immigration and border security as the third most important issue candidates running for office should take care of. Whether it is border security, stopping family separations at the border, protecting DACA, getting rid of the city/state sanctuary status or promoting legal immigration of high- skilled and educated workers, respondents agree that something needs to be done soon to find a solution. “Immigration is a hot topic because there is a large immigrant population in San Diego County. The policies affecting immigration touch everyone on some level,” said Magaña.

Of all propositions that will be in the ballot this year, the most important for members is Proposition 6,  also known as the Gas Tax Repeal. Dahl agreed with the 70% of members surveyed. “From what I understand about the gas tax is the extra money is going into the general fund.  This tells me that the state doesn’t know how to budget money properly.” Magaña has heard similar opinions directly from members. “It was no surprise to see that Proposition 6 is high on the list because it pertains to a gas car tax.  The Road Repair and Accountable Act was passed by the California State Legislation on April 6, 2017, winning a two third majority in both the Senate and Assembly.  The bill levied a $.12 per gallon tax on gasoline and $.20 per gallon tax on diesel fuel and it also raised annual vehicle registration fees.  As a voter, this is the time to decide if you agree or disagree with this measure. If passed by voters in November, the Proposition 6 ballot initiative will repeal the gas tax increase, repeal the car registration fee increase, and mandate any future gas tax increase be approved only by voters. The Carlsbad Chamber of Commerce carefully looked at the pros and cons and took a position to support yes on 6,” said Magaña.

Chamber members were also asked about the races that were most important to them. At the top of the list were electing: a new governor for California, a United States Congressional Representative for district 49, and a mayor for Carlsbad. “The California Governor race is important because the governor oversees the entire state. Governors can sign and veto bills passed by the legislature,” said Magaña. “The Congressional 49th is a seat that covers the coastal areas of San Diego and a small portion of Orange County.  With Representative Issa not seeking reelection and a close race in the 2016 election, there is a lot of attention and interest from both parties about the next United State House of Representatives.” Locally, the city of Carlsbad could also experience legislative changes. “The Carlsbad Mayor race is important to the local businesses and residents of Carlsbad.  Since the City of Carlsbad is a municipal corporation, it follows a council-manager form of government.  The City Council and the City’s legislative body defines the policy direction of the city. Many of us strive to support the City of Carlsbad’s vision of being ‘A world class city.’”

No matter what issues or races are important to you, this year it is particularly crucial to be informed. We hope you take some time to read our 2018 Voter Resource Guide before you mail in your ballot or head out to the polls.