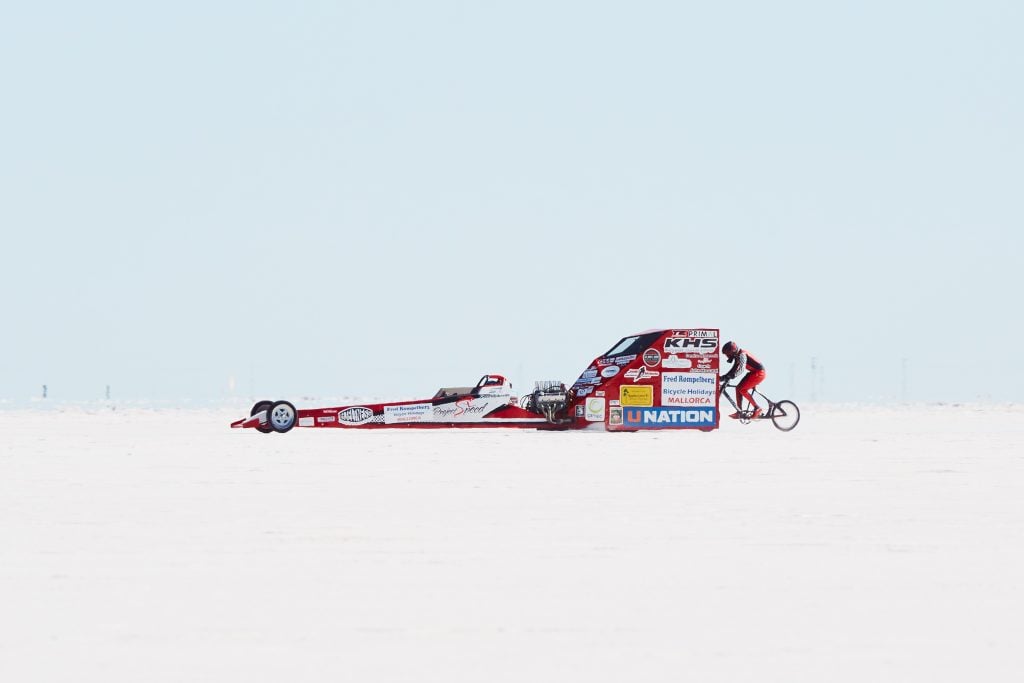 BY AHMED HAQUE Chairman of the Board CARLSBAD CHAMBER OF COMMERCE

Many of us have had the experience of traveling 184 mph on the ground. Sometimes only for a few seconds as a jetliner takes off a runway or maybe longer while riding on an overseas high-speed railway. But until 2018, no one had ever traveled that fast on a bicycle powered only by human movement. And until only a few years before, no woman dared try.

CEO of Rancho Santa Fe Security Systems, Denise Mueller-Korenek has never been one to shy away from a challenge. Last September she claimed the title of the fastest cyclist on earth by propelling a specially geared bicycle behind a pace car at Utah’s Bonneville Salt Flats. The mother of three not only broke the mark she set in 2016 as the fastest female cyclist, but bested by 17 mph the record set 23 years before by a male cyclist. 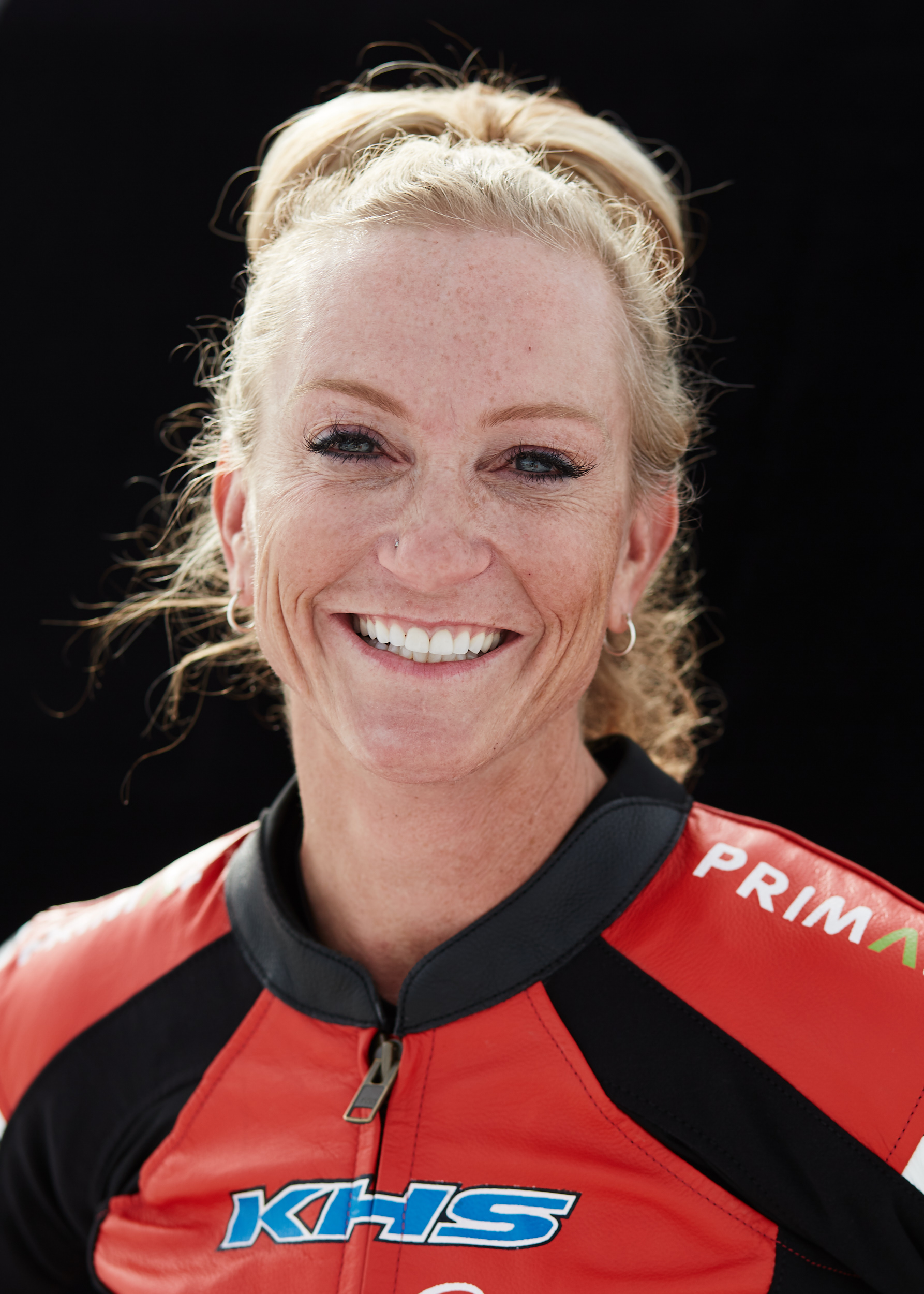 Towed by the pace car to about 90 mph, Mueller-Korenek released her tether and pedaled to accelerate while remaining within a narrow slipstream created by the pace car. Failure to have kept up with the pace car would have meant catastrophe. She would have been knocked off the bike by the wind with only a motorcycle helmet and leather/lycra suit to protect her.

World record in hand, Mueller-Korenek isn’t ready to hang up the bike just yet. “Anyone that pushes limits always has the curiosity for the edge.” Mueller-Korenek feels, however, that she found that edge in her record setting ride. So this year she will chase a different type of record – 75mph without the slipstream provided by a pace car and on a recumbent bicycle with its own unique challenges because of the reclined riding position.

A CEO at age 20, Mueller-Korenek is a life-long business woman. She recalls “I started at age four by emptying out the wastebaskets” of her family’s security business. Mueller-Korenek was a national champion cyclist in her youth but stepped away from racing at age 18 as she focused on building the business and raising her sons. Ten years later, and motivated to become active again she purchased a gym membership at a silent auction and later satisfied her competitive streak by competing in marathons.  However, she realized she had “unfinished business” on the bike. Mueller-Korenek’s coach and record cyclist himself, John Howard, suggested she pursue a speed record that he once held. “Men had been setting records since 1899, but no woman had ever tried” she says. 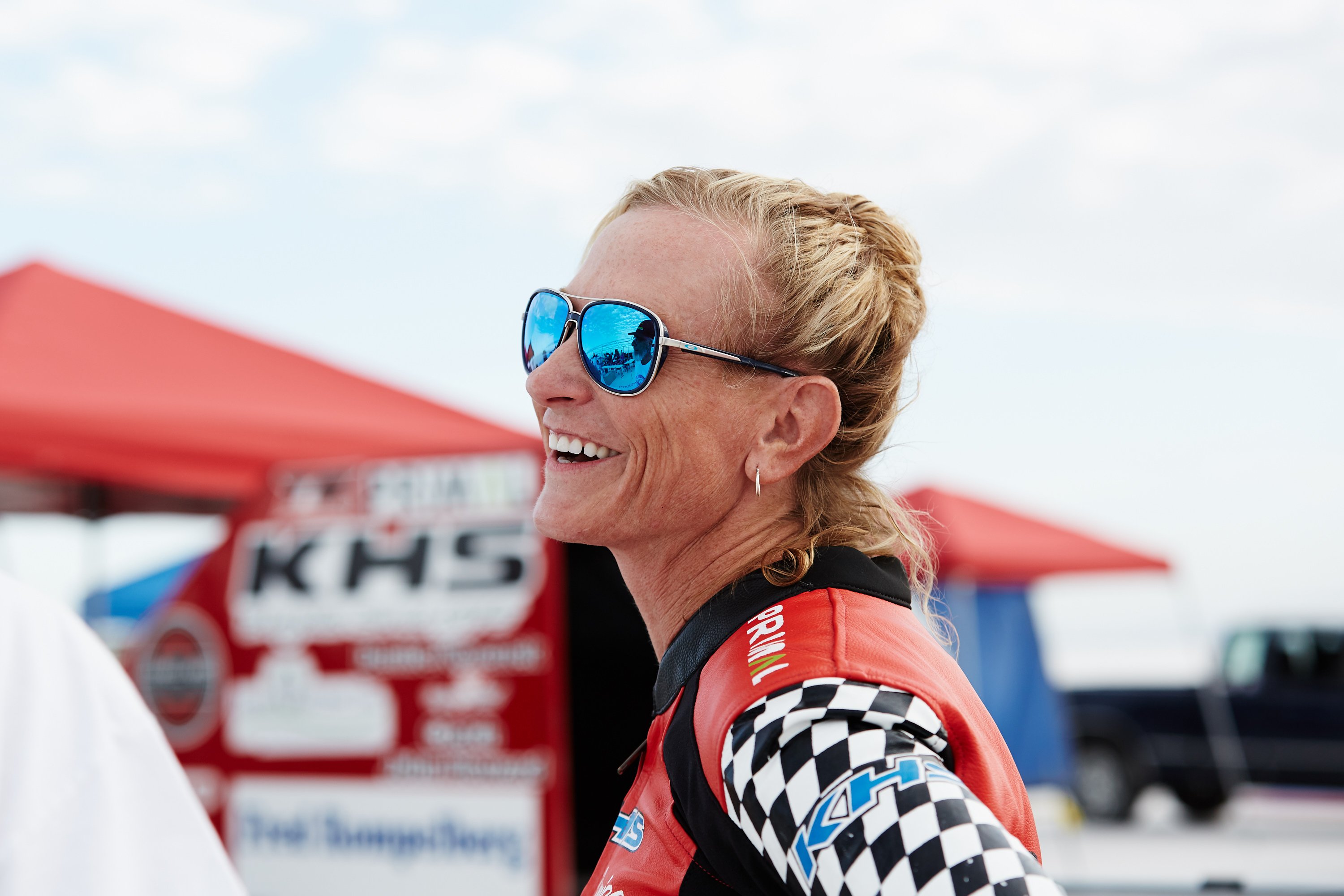 “Anyone that pushes the limits always has the curiosity for the edge,” says Mueller-Korenek.

Mueller-Korenek believes that parallels exist between sports and business. “Any activity with a competitive atmosphere that forces you to push your limits can help you in a business environment, whether it is facing a difficult conversation or setting higher goals for your business. I think you would find a high percentage of CEOs who are active in some way,” says Mueller-Korenek, who credits her cycling coach for motivating her and holding her accountable. “It’s the same in business, whether you answer to a board of directors, an advisory board, or a business coach.”

Her competitive spirit is a key advantage at a time when the traditional firms like Rancho Santa Fe Security are facing pressure from telecommunications providers as well as internet based-firms offering monitoring products. Mueller-Korenek finds great value in the relationships developed in-person like the ones she has built through the Chamber. “There will always be larger players in our industry, but there is benefit to being local. Customers want to do business with someone they know, especially when you’re trusting someone with your security.”

Noting the security industry is male-dominated just like speed cycling, Mueller-Korenek says her upbringing instilled confidence. “I never let being a minority limit me. My father taught me to do what I wanted with no barriers and no shame”.  Women’s empowerment to her means having the same opportunities as men – “just give me the ability to try”.

While Mueller-Korenek’s parents were both competitive athletes, she believes there is tremendous value in becoming active at any age. “The investment of time that parents make in athletics has a double benefit – the health benefit along with the time spent together even while driving to a meet”. For children and adults alike she advises “Explore your competitive spirit. Keep trying to find something you like and give yourself the ability to fail.  Just because you find you’re not good at something it doesn’t mean there isn’t value in the journey towards what you can excel in.”