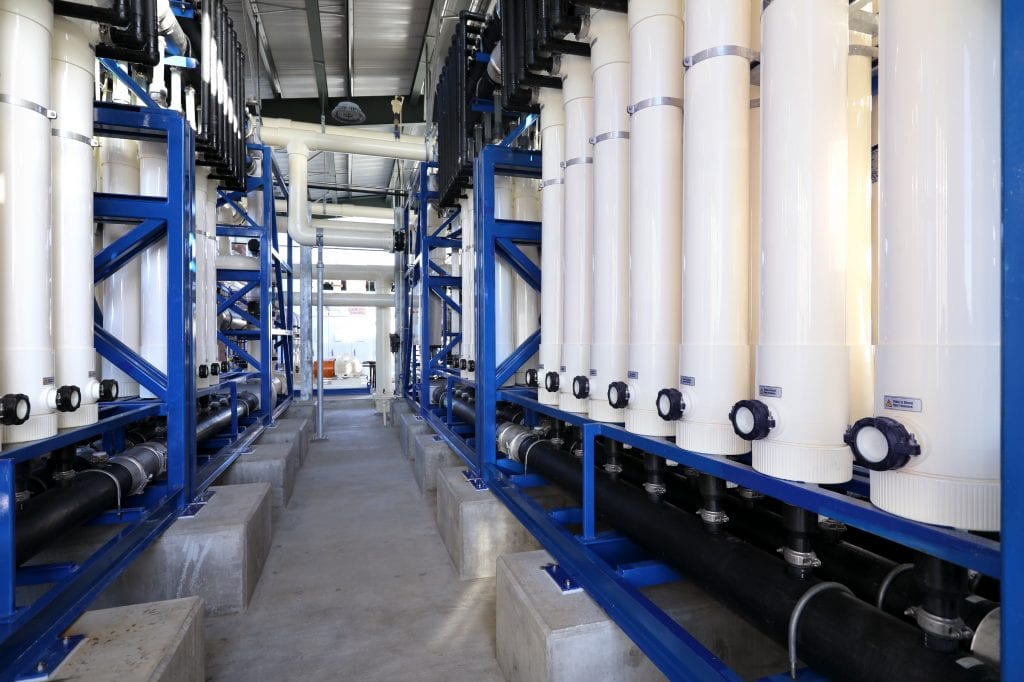 Reliable water supply not such a pipe dream

Many years ago, leaders in our region came together to figure out how to ensure a reliable water supply for the future. They recognized not just the importance of water to our quality of life, but how essential it is for a healthy economy.

We were in a vulnerable position, and we knew it. The region relied on imported water for 95 percent of its supply. Carlsbad was 100 percent dependent on imported water. Why was this a problem? Well, among other things, water imported from Northern California and the Colorado River was becoming more scarce and expensive, for a whole variety of reasons. And, it all flowed through the Metropolitan Water District of Southern California, which controlled not only the price, but how much we could get in any given year.

With relatively flat terrain and a desert climate, we weren’t going to solve the problem by building more dams (although we did build one). Instead, we needed a multi-pronged strategy to gradually reduce our reliance on imported water.

Given the long term nature and high cost of the solutions, strong leadership would be required. The City of Carlsbad is very proud of our role in this effort. Former Mayor Bud Lewis was an early champion, not only in his city role but as a member and chairman of the San Diego County Water Authority board of directors. Local businesses got on board too, thanks to organizations like the Carlsbad Chamber of Commerce.

The plan, dubbed the “Water Supply Diversification Strategy,” was ambitious. It included:

It’s taken 25 years to complete these projects (more than 50 in all) at a cost of $3.1 billion. Yes, that’s billion with a “b.” We have reduced our reliance on imported water from the Metropolitan Water District in Los Angeles by more than 50 percent. By 2020, we should be only getting around 38 percent of our water from this source.

Despite the cost, this regional investment will end up saving us money in the long run because we won’t be at the mercy of rate increases coming down from L.A. and having a reliable water supply means our economy will continue to grow.

In addition to supporting this vast regional effort, Carlsbad has continued to be a leader in our own backyard. We were an early proponent of desalination, and today Carlsbad is home to the largest desalination plant in the Western Hemisphere. Carlsbad just completed a project to nearly double the size of our water recycling plant, and we were already among the largest users of recycled water in the region.

New “purple” pipes, the symbol of recycled water, have gone in at the Palomar Airport Business Park along Camino Vida Roble; in Calavera Hills along Carlsbad Village Drive; El Camino Real south of Alga Road; and along Palmer Way and Impala Drive, near Faraday Avenue. The city also recently took advantage of the construction along El Camino Real to install more “purple pipes.” Even if your business doesn’t have a recycled water connection nearby, you still benefit from the overall increase in water supply for Carlsbad.

So, next time you turn on your tap, know that you are part of a city and region that recognizes how important a reliable water supply is to your business’s success.