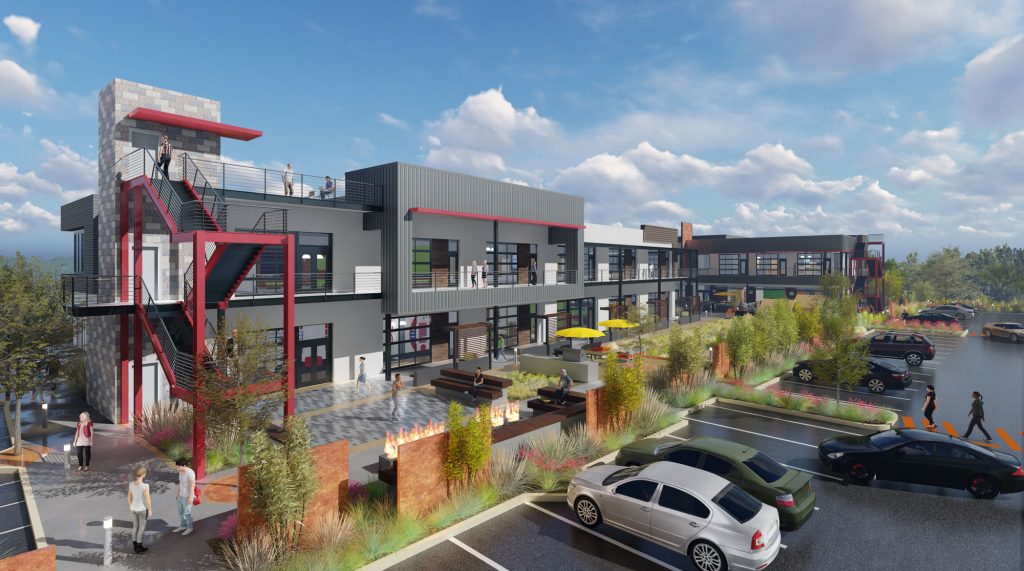 A Year of Change and Excitement

The past year has seen an increase in development in our community. The City of Carlsbad is processing more permits than before the recession, all the while maintaining the level of customer service that companies, contractors and developers expect of the city.

Commercial developers have long seen Carlsbad as a good place to invest, and this past year continued that trend. Badiee Development has four new properties online or in construction in Carlsbad’s industrial parks. The Carlsbad Oaks North development sites, north of Faraday Avenue between El Camino Real and Melrose Drive, are almost completely accounted for and under construction. This will be an exciting year for commercial space in Carlsbad as these properties offer modern amenities and more cost-effective space, allowing tenants to deliver more productivity from less square footage.

The RAF Pacifica Group has five properties in Carlsbad, all with different layouts and creative workspaces, from distribution centers to corporate headquarters. Most of these newer developments are installing infrastructure in accordance with the city’s Climate Action Plan, so you’ll be seeing a lot of new solar panels and other energy-saving elements as part of these new spaces. Rouse Properties is bringing a fresh look and lots of natural light to the Shoppes at Carlsbad, formerly Westfield Carlsbad. Shoppers will soon be able to eat at a Yard House, Cheesecake Factory, Islands restaurant and Lucha Libre, a San Diego-based taco shop. These dining options are in addition to other recent updates at the Shoppes.

Carlsbad Village is also seeing an uptick in activity, with projects such as Carlsbad Village Lofts, an apartment complex on Carlsbad Village Drive west of Interstate 5; 800 Grand, a condo project on Grand Avenue; and Ocean on State Street, bringing in new residential and mixed-use developments into the city’s downtown core. A new Marriott on Carlsbad Boulevard will add to our already strong tourism industry.

New dining options are also opening up in the Village, adding vibrancy and choices for locals and visitors alike. Shorehouse Kitchen, in the city-owned restaurant space on State Street, is expected to open before year’s end, and Bluewater Grill on Carlsbad Village Drive officially opened on October 23. The new Pine Avenue Park Community Center and Garden are slated to open in the spring of 2018, offering city amenities to Village and Barrio residents.

On the residential front, two major developments are underway. Robertson Ranch, east of El Camino Real and north of Cannon Road continues to add homes and amenities. The project has funded a portion of the El Camino Real widening, giving motorists three lanes of traffic in each direction between Palomar Airport Road and state Route 78. The Quarry Creek development, on the south side of Route 78 west of College Boulevard, is in full swing, with condos and homes under construction. Model homes for both

developments are open to anyone who wants to see the caliber of housing being built on some of the last large residential parcels in our community.

In addition to these market-rate projects, the city approved veteran housing on Harding Street at Oak Avenue, as well as the Pacific Wind development, as affordable residential projects.

Because of Carlsbad’s Growth Management Program, these new developments ensure that our community continues to have the highest quality parks, libraries, roadways and other infrastructure, funded largely by development fees, business licenses and sales tax revenues. Development is an important contributor to the over 3 percent increase in general fund revenue for the city’s budget. That translates to a $5 million increase from last fiscal year to this one. New residents will shop, eat and work in our community, creating continued long-term prosperity for Carlsbad.

There is more excitement to come in 2018 as we look at initiatives like a new Village & Barrio Master Plan, Transportation Demand Management, and studies on consolidating city services into a unified space. As the surrounding world and society change, Carlsbad changes apace, adapting to the new needs and demands of our community.