Black History Month at the Chamber 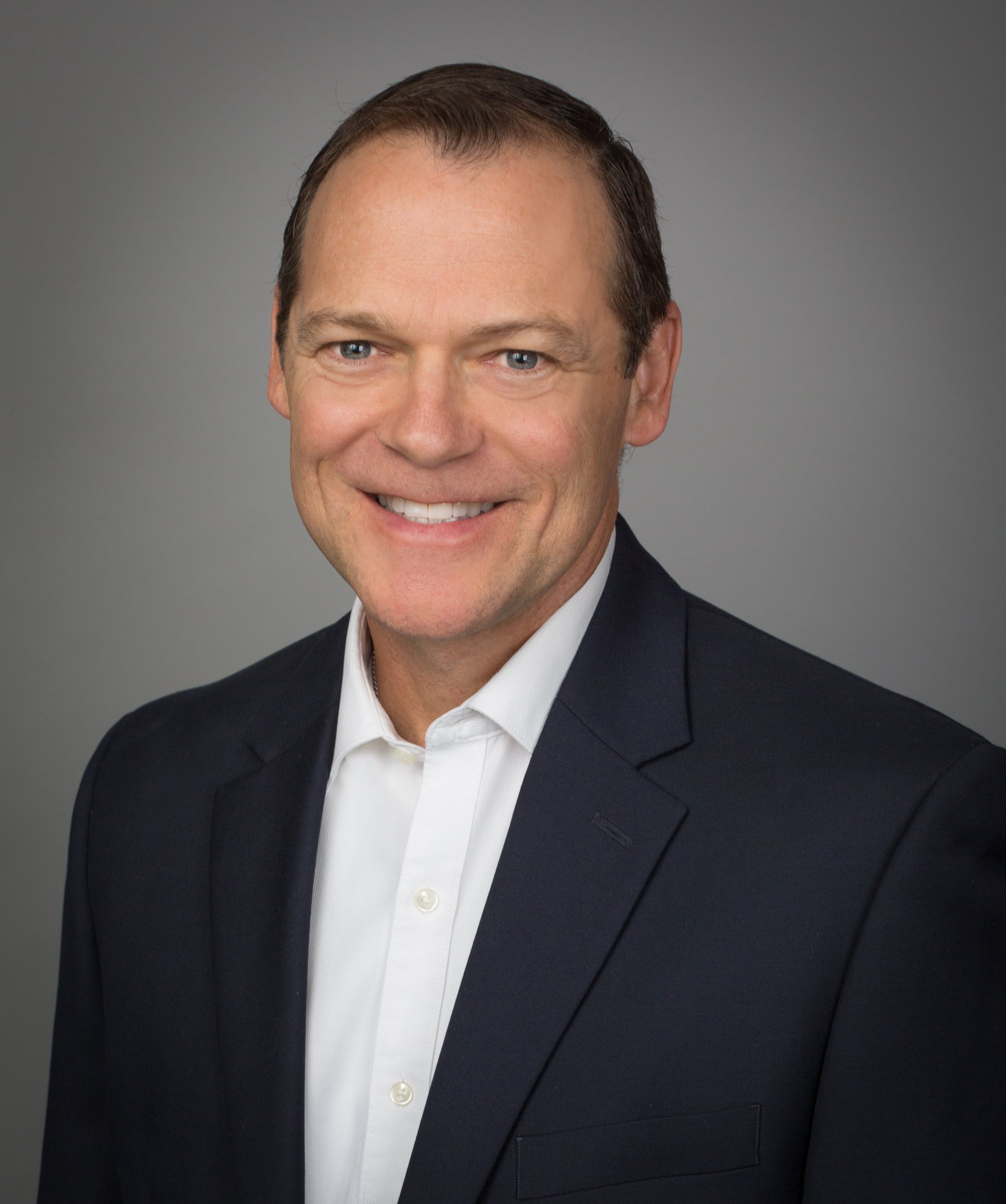 February is Black History Month in the United States, a tradition that can trace its origins back to 1926 when Carter G. Woodson initiated Negro History Week. A week in February was chosen because two of the most prominent abolitionists celebrate birthdays in February: Abraham Lincoln (Feb. 12) and Frederick Douglass (Feb. 14).  It became Black History Month in 1970 and gained more prominence through the support of President Gerald Ford. Now it is celebrated around the globe in Canada, Ireland, the Netherlands and in the United Kingdom.

Coming off of 2020 and the racial tensions that erupted following the death of George Floyd, it is important to utilize this month to engage in dialogue with people of all shades and colors and to celebrate the significant impact people of color have made to our great country.

Back in June, 2020, in the aftermath of George Floyd’s death, we hosted a panel discussion on the Black Experience in Business.  We had three African-American small business owners and a moderator share their experiences in both business and life.  The discussion was robust and very insightful to a white guy of German descent who is four or five generations removed from his family’s migration from Russia to the United States (that’s me I’m talking about).   Having grown up here in San Diego North County, I experienced the melting pot effect full force.  My best friend the first 11 years of my life was a Samoan neighbor who lived across the street from my house in Vista. Although it was never something I thought about, my high school peer group was littered with people of different ethnic varieties.  So when I heard the blatant racism experienced by these panelist, some of whom grew up in the same county and the same era I did, it was both sad and shocking. (Note: The discussion is available on our Carlsbad Chamber YouTube channel – search “the Black Experience in Business”.)

As we enter into Black History Month this year, I wanted to circle back to our panelist and get their impressions on life today, seven months later.  And as you might expect, they all expressed some optimism and some challenges.

Kevin Clemons is the CEO of Au Technology Solutions, an IT Tech firm here in Carlsbad. Kevin acknowledged that eradicating racism is not something that is “easily fixed”.   However, from his vantage point, he has seen some very positive outcomes of the recent dialogues. He noted that Microsoft has launched a “new African American Partner Alliance aimed at helping Black owned businesses become successful.”  He also mentioned that other large organizations are launching similar initiatives.  He acknowledged that these are long-term initiatives that will take time to evaluate in effectiveness.  However, Kevin ended with, “But if actions we make now changes the culture and then the future, that’s all we can ask for.”

Claude Jones is the Senior Director of Engineering and the Site Lead at Walmart Global Tech (formerly Walmart Labs).  Claude served as our moderator back in June.  When I reached out to him last week, he commented that he feels “things are moving in the right direction since the events of last summer.”  He noted that, “People are less tolerant to the social injustices that pop up.”  However, there is still a long way to go.  Claude expressed that white privilege is still real and can be seen publicly.  He cited the differences between how white demonstrators at the Capital riots were treated vs. black demonstrators last summer. Claude shares, in a very nonjudgmental tone, that he has come to realize that “people are biased by nature.”  What that translates to is that “if the people who are in control” don’t intentionally seek to acknowledge and then remove their bias, “any change you see will be a façade.” 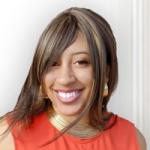 Alexandra Renee Poelstra is “The Maven” at All Maven, a digital and creative agency here in Carlsbad. Alex said that she has seen some progress in corporate America, but also some dangers.  She noted that, “In some areas, where my skin used to keep some doors closed, people now desire to work with someone of color.”  But she also shared her fear that, “in many cases, companies are more interested in checking boxes and appearing anti-racist as opposed to authentically caring.” She shared that systemic racism is still very real and exists. “Simply because you don’t see something, doesn’t mean it hasn’t been there all along.”  Alex shared that the black experience is much more than a fad or trend. And while it is being discussed broadly, Alex feels, “We will never truly heal until we open our eyes to our roots and our history. Black history is American history. Until we uncover it, acknowledge it, and learn from it, it will be difficult for us to ever truly make substantial change. Racism is an issue of the heart. We will not heal it, until we open it.”

Stephanie Barneburg is the CEO of Sparkle Freshness, a commercial cleaning service based here in Carlsbad. Stephanie feels that there is an awakening happening in our country. She noted that black leaders across the world are regularly making history as “the first…”.  She notes that, “We still have a long way to go and I’m glad I can see some changes already happening”.  She reports that she has seen, “companies and organizations having open conversations or at minimum looking to make sure they have inclusion.”   She recognizes that this will take time, as she stated, “Inclusion for all is what most are standing for and it will not change overnight.”   Her bottom line is that she wants a world where people are judged “by the content of their character not by the color of her skin”.

In honor of Black History Month 2021, the Carlsbad Chamber has invited Elaine Swann, from The Swann School of Protocol, to be our guest speaker at our February 5 First Friday Breakfast.  Elaine is an etiquette expert and has been featured on all manner of national TV and news shows. Her topic will be “Collaborative Efforts to Fuse the Racial Divide” (hosted via Zoom and open to all – visit carlsbad.org/events to REGISTER). When I asked Elaine about the importance of having discussions like this, she shared, “I think it’s very important for us to have conversations about race right now.  The illumination on recent events around race that took place here in the US has really opened the door for discussion. People have become more receptive to having these necessary conversations. We have got a captive audience and people’s hearts are moved. Because of this, I believe it brings about a ripe time for a change.” 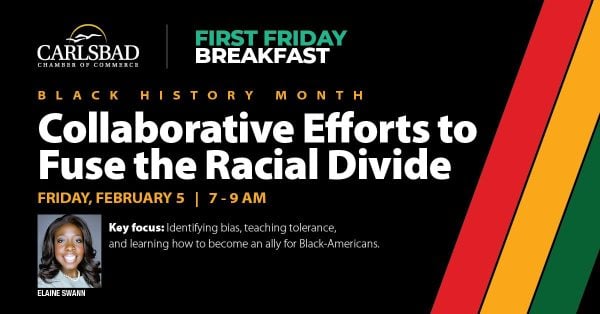 We hope you join us at the Carlsbad Chamber of Commerce as we seek to engage meaningful dialogue on these topics.  Here’s to a brighter future where hopefully all men and women can be valued for who they are on the inside, not the attributes of their outer shell.